A Room of Our Own

I recently attended a low-key feminist meet-up, at which a diverse group of women sat around a table eating cheese and talking about things like how to ask for a raise, and how to practice self care and avoid burnout in high-stress jobs. Fifteen minutes into the conversation, a man arrived. One of the organizers introduced him as a feminist ally, and we resumed our conversation, but something in the room changed dramatically when he joined us at the table. The conversation immediately veered off track, as we had to accommodate his frequent interruptions and non-sequiturs.

When asked to write down a challenge we faced as feminists and post it on the wall, I wrote, How to include male allies in our work. At the moment, it felt like this was my problem to work through, if I was feeling so frustrated by his presence in the space.

But now I don’t think it was my problem. Looking back, I wish I had called him out on his interruptions, and asked him to write down his comments instead. Better yet, to be an ally, he could have simply showed up, listened, and taken notes.

Or the organizers could have barred him from the meeting completely.

Why is it so hard to create spaces that are women only? And why is it even harder to protect them?

In his polarizing piece on language policing for New York Magazine, Jonathan Chait spends five paragraphs on a private group called Binders Full of Women Writers, of which I am a member. He refers to unnamed female sources, who provided him with details from and “excerpts of the types of discussions that can make the group a kind of virtual mental prison.” The nightmare he envisions involves women discussing serious issues such as systemic oppression, in a community where there is only one rule: what is talked about in the group stays in the group. But our rule doesn’t mean anything to him, and our conversation became grist for his analysis mill: look at how the tone policing prevents meaningful discussion, he argues, conveniently ignoring the substance of the conversation underway, which was about how to create a non-racist space where meaningful discussion can happen.

Chait’s verbatim quoting from heated conversation threads in a private community felt like a violation to me, but when I checked with experts, I found out there was nothing unethical about what he did.

“He was doing what reporters do,” Donna Leff, a professor of journalism at Northwestern’s Medill School of Journalism, told me. She said that because he got his information from a legitimate source (a member of the group), there was nothing unethical about using it, unless the source material was stolen or untrue (which it wasn’t).

So why am I still angry at Chait, and not at the woman or women who provided his material? Maybe it’s because I’m tired of men telling me they know better: the male ally feeling entitled to airtime for his opinions on feminist issues, Chait rendering female anger as a threat to progressive liberalism. Unlike actual prison, women can leave the Binders group whenever they want to. It’s not for everyone. We don’t know who gave their words to him, but maybe it was a white woman who felt uncomfortable with the emotional heights of the conversation. Carrie Cutforth, the woman behind the shouty caps, thought it was funny that Chait identified her whiteness in the piece, while erasing the race of the unnamed woman who gave him the screenshots.

I’m also angry that Chait gets to collect a paycheck for appropriating the words of my colleagues. As Chait acknowledges, this Binders group was begun as “an attempt to alleviate the systemic under­representation of women in just about every aspect of American journalism and literature,” but his appropriation of conversations between and about women of color only feeds a system that pays the privileged to editorialize on the marginalized. I would gladly read an article by the woman who posted, “The level of belittling, derailing, crappy jokes, and all around insensitivity here is astounding and also makes me feel very unsafe in this Big Binder”, but I have a hunch that I’d be more likely to find that on a feminist blog that can’t afford to pay its contributors, than in New York Magazine.

During the month of July, when the conversations that Chait refers to were happening, I had an idea to organize a conference for the women of the Binders. I was so inspired by the group, and the idea of making our virtual space a reality, that I posted a message and asked for volunteers. That’s how I met Lux Alptraum, who would become the co-chair of the conference, and now the two of us are co-presidents of Out of the Binders, Inc., a 501(c)(3) non-profit organization. Because of all the hard conversations we’d witnessed (and participated in) in the Binders group, we were committed to making our conference as diverse and inclusive as possible. At our inaugural BinderCon, almost fifty percent of our speakers were women of color, and we awarded scholarships to 32 attendees from all over the country. We organized panel discussions on online harassment, writing while trans, and the #WeNeedDiverseBooks campaign. Now we’re planning our next conference for Los Angeles, as well as a monthly series of workshops in Brooklyn.

When we sought donations for our initial Kickstarter campaign, we approached a handful of editors of big literary magazines for “perk” donations. Two of them said they couldn’t afford to give a big-ticket item, but that they’d speak at our conference, or have lunch with someone in exchange for a donation. Both were white men. We politely declined their offers, and reiterated our mission to be for/by/on women and gender non-conforming writers. In response, one accused us of “preaching to the choir,” as if there wasn’t any conversation between and about women writers that couldn’t be improved by his contributions. I can’t help but compare these editors’ entitled attitudes to Chait’s, as the issues affecting women writers become fodder for other agendas, whether that is speak on a panel about what a great guy I am for publishing women in my magazine, or use fights between women to demonstrate how tone policing is killing liberalism.

If you really want to be an ally of intersectional feminists, then give us space. Accept that we’ll be having conversations to which you aren’t entitled to contribute, or even listen. 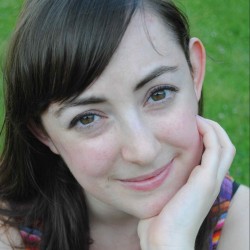 Leigh Stein
Leigh Stein is the author of the novel THE FALLBACK PLAN and a book of poems, DISPATCH FROM THE FUTURE. She is also the creator of BinderCon, a conference for/by/on women writers. 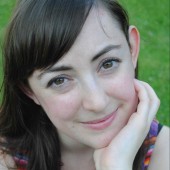 Leigh Stein is the author of the novel THE FALLBACK PLAN and a book of poems, DISPATCH FROM THE FUTURE. She is also the creator of BinderCon, a conference for/by/on women writers.

(I Always Wanted) To Be a Star

Master of the Segway